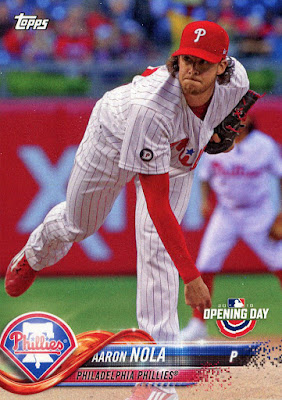 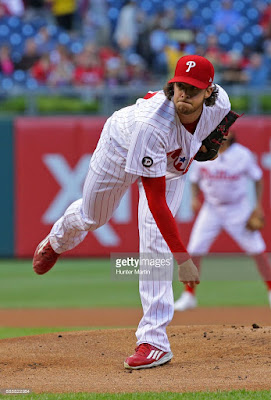 PHILADELPHIA, PA - MAY 26: Aaron Nola #27 of the Philadelphia Phillies throws a pitch in the first inning during a game against the Cincinnati Reds at Citizens Bank Park on May 26, 2017 in Philadelphia, Pennsylvania. The Reds won 5-2. (Photo by Hunter Martin/Getty Images) 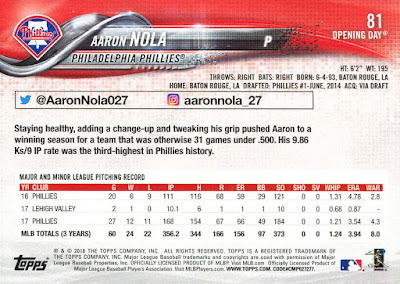 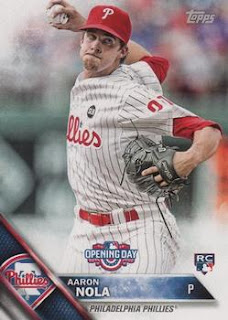 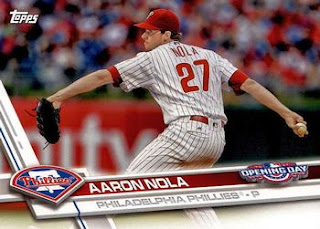 This is Nola's third consecutive year as part of the Opening Day set beginning in 2016. 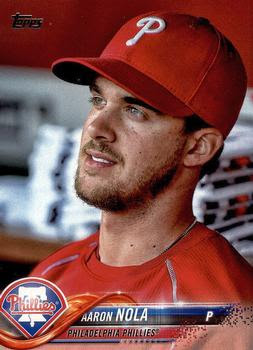 Nola had the same card for Series 1 and the Phillies Factory Team Set but also had a short printed photo variation in Series 1 as well.

Something I learned because of this card: Yesterday I noticed a couple of Tennessee connections but with Aaron Nola it was that he attended Louisiana State University, which has come up a couple of times already as well. Mikie Mahtook and Andrew Stevenson, two guys I've already profiled also attended and I see two more on the list coming up. College was not something I was tracking, but I might add it in.
at May 17, 2018

Email ThisBlogThis!Share to TwitterShare to FacebookShare to Pinterest
Labels: Phillies